The Celtics 2019-2020 season schedule has been released. The upcoming season is highly anticipated to erase the disappointment following an early playoff exit. Season highlights are as follows:

The Celtics open the regular season in Philadelphia against the 76ers. The so called "rivalry" game has escalated in importance with Al Horford switching sides. The new-look Celtics come out the gate with a chance to prove to NBA pundits that they are still a true contender in the Eastern Conference. Dating back to 2014-2015 season, the Celtics are an astounding 17-3 against Philadelphia in the regular season.

A week after the season opener at Philadelphia, the Celtics will get an even more difficult test. The Milwaukee Bucks will visit TD Garden on Wednesday October 30th. Giannis Antetokounmpo and Khris Middleton will look to build of their gentlemen's sweep of the Celtics in the second round of the 2018-2019 playoffs. The Celtics will have another early chance to prove that they can contend with the heavyweights of the Eastern Conference.

Kemba Walker will make his first return to Charlotte as a member of the Celtics. There is no doubt Walker will receive a touching tribute in his return. Conversely, the Celtics will get their first look at Terry Rozier in an opposing uniform. Celtics fans are clinging to hope that Rozier will continue to look like player he was in the 2018-2019 season, and not a return to form from the 2018 playoff run.

Wednesday November 13th vs. WAS

Celtics fans will get their first look at Isaiah Thomas in a Washington Wizards uniform. Thomas received his tribute video last season during a return with the Denver Nuggets. However, the nostalgia from the "King of the Fourth" era will always be a major draw for true Green-Teamers. 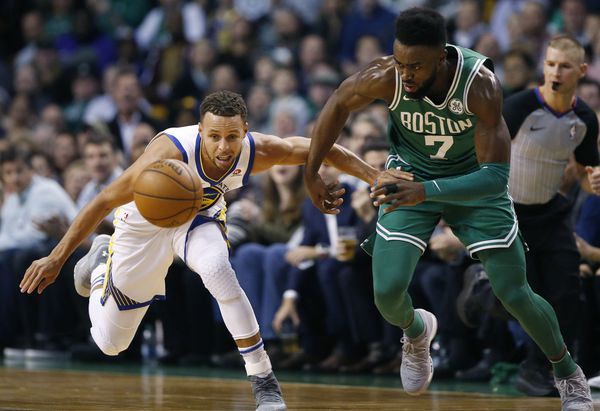 (Credit: AP Photo) The Celtics will kick off a 5-game west coast road trip with their sole trip to the new Chase Center in downtown San Francisco in mid-November. With the departure of Kevin Durant and the injury to Klay Thompson, the Celtics will look to capitalize against Steph Curry and the five-time reigning Western Conference Champions. The Celtics have split the regular season series with the Warriors 4-4 since the 2016-2017 season. Additionally, the Celtics are 3-1 in their last 4 games at Golden State.

Less than a week after the contest with Golden State, the Celtics will face the revamped Clippers at the Staples Center. Doc Rivers and his coaching staff will be roughly a month into the Kawhi Leonard-Paul George experiment. It will be up to Brad Stevens to have his team fully prepared for what is slated to be the league's #1 defensive team.

The night before Thanksgiving marks the return of Kyrie Irving to TD Garden. Almost a year after releasing a Nike commercial stating he "wanted to be the reason no one will ever wear #11 again," the point guard will return to Boston with a smattering of boos. Perhaps more intriguing than any other match-up to this point, this game will provide the Celtics with a opportunity to get back at Irving for the dysfunction he caused.

The Celtics' second match-up with the 76ers will occur in Boston during the second week of December. This game marks Al Horford's first game in Boston since choosing Philadelphia over Boston in free agency. Despite leaving for a heated rival, Horford has flown under the radar when it comes to criticism for the Celtics' short-comings during his tenure. He will receive a much warmer welcome than Irving, but this presents another opportunity for the team to prove to Horford that he made the wrong choice.

The Celtics are slated as the first game of a jam-packed NBA Christmas Day. The team will travel north of the border to take on the reigning NBA champion Toronto Raptors. The majority of the Raptors championship roster is returning for the season, but with the loss of superstar Kawhi Leonard and sharpshooter Danny Green, the draw to this game is nothing more than a Christmas spectacle.

Zion Williamson and the new-look Pelicans will visit the Celtics in early January. This will be the Pelicans only visit to TD Garden for the season. Fans will have their first chance to witness the #1 pick in person along with their new core obtained from the Anthony Davis trade to the Lakers. New Orleans youth is a disadvantage, but their raw talent bodes for a difficult task for the Celtics.

(Credit: Getty Images) Lebron James and Anthony Davis make this sole trip to TD Garden on Martin Luther King, Jr. day. The Celtics-Lakers match-up has drawn the 7:30 p.m. prime time slot in a loaded slate of games for the day. The Celtics will look to "beat LA" in attempts to trounce the superstar duo and their lowly cast of characters.

Steph Curry and the Warriors will make their only trip to TD Garden for the season at the end of January.

The Celtics won't get their first crack at the duo of James Harden and Russell Westbrook until mid-February. They visit Houston in an attempt to quiet two of the most prolific offensive players in league history. It will be up to the Celtics' wing depth to compete with the high-flying Houston offense. Additionally, a heavy load will fall on Marcus Smart to work defensively against both Harden and Westbrook.

Kawhi Leonard, Paul George, and Doc Rivers make their only trip to TD Garden for the season.

The Celtics will make their second trip to Staples Center. This time, they will face off against Lebron and Anthony Davis. Another marquee rivalry game in which the Celtics will look to quiet the media hype over another Lebron led team.

On Leap Day, Harden and Westbrook will make their only visit to TD Garden for the season.

Damian Lillard and CJ McCollum make their only trip to TD Garden for the season. The dynamic duo that tore about the Oklahoma City franchise will come to Boston as the season begins to wind down. Playoff seeding could be a major factor in this match-up. If either team is locked into playoff position, this could be a match-up highlight purely by "load management."

(Credit: AP Photo) Milwaukee will make their final visit to Boston in the first week of April. This game could have major implications on the Eastern Conference playoff race. Milwaukee is projected to be the #1 seed in the conference, with the Celtics falling anywhere from #3 to #5. This game could be crucial in deciding both playoff seeding and home court advantage in the early playoff rounds. The full season schedule can be viewed here: https://twitter.com/celtics/status/1160993371067957254 Featured Image via Getty Images
NBA, NBA
Prev Article Next Article

Marcus Smart: The Gentle Side Of A Ferocious Competitor